October 05, 2011
I would be a liar to say that I didn't get sad.  I would also be a liar to say that I didn't get supper happy, inspired, grateful, cautious, etc.  One of my heroes died.  He was a hero to many people.  So loved and hated. I actually worked at Apple for 4 weeks so I somewhat feel like part of the family!*   I never really owned an Apple!  I have been an Atari guy most of my life.  But like most kids in Spring Texas I learned on Apple II's in High School and had friends that had Apples.  A friend across the street would always tell me about this amazing fantasy game on his Apple called Ultima III! 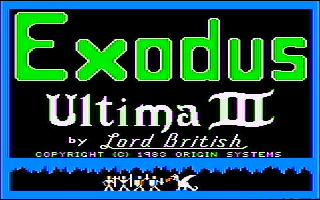 This game really was the big influence in everything 'GAME' for me.  If it wasn't for the Apple then this and a host of other things out of my perception would not be available to me.  Quickly though I went toward the Atari ST route because of it's superior graphics.  That is, until my friend down the street and partner in trouble making** introduced me to his new computer, the Apple IIgs. 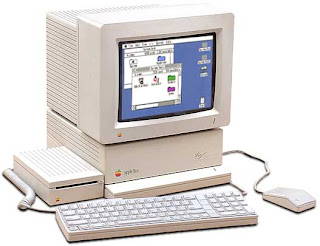 This computer blew me away.  Although the entire time I acted as if it was an unfortunate purchase for my friend.  It wasn't.  This computer was sexy sweet and I knew it.  Soon after that I never saw an Apple or worked on one until around 1994 when I got a chance to work on one in the Pinball Graphic department of Williams/Bally/Midway.  That was also my first foray into Photoshop.  Which was first on an Apple I believe. (wish Adobe and Apple would make peace).   Last year, I finally got my first Apple product.  Actually that's not true.  let me back up a bit.  I have had 2 iPod Shuffles.  Love them dearly, one is still functioning.  I liked them so much and I liked the story of Steve Job's return with the NeXt computer and Pixar that I have adorned an Apple sticker on my car for so long it is almost faded off.  but my first real computer Apple product came to me last December in the form of an iPad.  And I have made plans to program on it ever since.  A few months ago I got an iPhone 3G, which I think is an older model, but it works just fine.(plus I like developing for older models) I even got the book, Beginning iPhone Development so that I may put my plans to get software in the iStore a reality.

I have finally saved up the money to go and purchase a MacMini.  I had planned on doing that tomorrow.***  So for me, his passing on the day before I get my first Apple computer is a complete shock and fills me with sadness.  But I bet there are few now who haven't seen Steve Jobs addressing the graduates of Stanford on YouTube.  And can not understand how not only saddened I am but how excited and hopeful I am about the future.

Thanks Steve.  You've joined the ranks of my many heroes.  In fact you have inspired me to blog about them more as time goes on.  I made you a little tribute to you in my interactive portfolio, but to not keep it morose or morbid, I am going to hide it later on as an Easter Egg.  But for now, it's right up there. 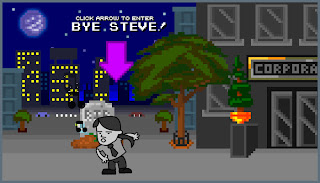 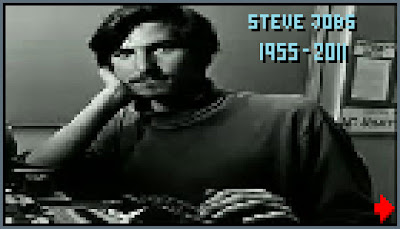 *(Answering phones to help people fix their computers isn't for me. and I really should stop taking those jobs out of desperate measures in between developing gigs.  Unfortunately I found myself doing that a few times. Once at Apple and once at Gateway Computers.  Also I wasn't officially Apple, I was officially a contract company and had to work at that for 4 months before Apple would pick me up.)
**Egging of a school bus
***Argh!! it's 12:17 am!  So technically I am getting that MacMini today not tommorow.  JEESH... I swear I'll get better at this blog stuff..  also I am not proofing this because it is 12:18.  So give me a break on that... ;) Thanks.
apple game dev

Earlier this month QuestLord was released to the Android Market on the 3rd, the Kindle Fire Market on the 6th and the iOS market on the 8th. Today the most important ratings, the customer ratings, stand as follows: iStore GooglePlay Market The Reviews Droid Life  - " fantastic example of how mobile games don’t need to be all about high frames per second and amazing graphics.  " Jay is Games  - " QuestLord is great. " Indie Retro News  - " What makes this game even more unique, is that the replay-ability is higher than what we usually expect with some Dungeon Crawlers " Gaming Trend  - " QuestLord – it’s charming, it was made with a certain presentation and gameplay style in mind, and it delivers. " Phandroid  - " QuestLord manages to provide players with enough depth to keep ‘em hooked, while simultaneously keeping it casual enough for newcomers of the genre " Pocket Gamer  - " For the aski
Read more