Whenever I want to get inspired, I think back to the earliest days of Electronic Arts, making their games look like album covers and prominently showing pictures of the developers referred to as 'artists' like rock stars.  Where have all my heroes gone. 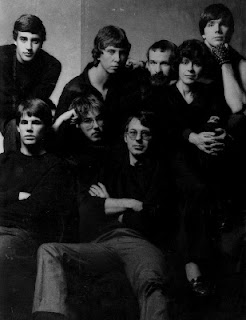 Some have passed away.  Some are still in the business at a variety of high profile positions that make me wonder if their earlier work was just more inspiring to me than it was to them.  I think back of those days of one person making something great, maybe with a few other people.  I think back to the days when my cousin and I formed ACES HIGH and made games for the Atari ST.  We released them before even graduating high school.  Everytime I think of those days something inside me has burned with desire.

Now my cousin has gone off into the corporate world of computer programming with no hint of returning since 1993. I have had my series of ups and downs in the computer game development world.  From being employed at a variety of studios to owning my own successful Gameboy Advance development company, Game Titan. 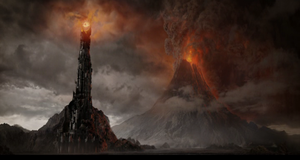 My friends in the industry seem to have success.  I see trouble on the way for them as well.  The industry as a whole is shifting in business models at a rate that the landscape keeps immeasurably changing.  One thing is certain, the business model of the large corporate way of doing things with Designers, Art Directors, Lead Assistant Directors, Studio heads walking around blah, blahing about Gnat Charts and posting silly Scrum post-it notes all over the office seem to be becoming less and less.

For all of the developers I know in the industry, I really am starting to feel somewhat sorry for them.  What the heck is a 'Facial Feature Animator' going to do?   Why was that even a job?!

But forget about them, what about myself?  Those people never really came to rally around my company when it was slow going.  I have never needed a handout from any of my previous colleagues and the one time I did reach out to my old coworkers at Midway it proved disastrous.

I have always made it through the industry by creating new contacts based on my merits, not about what company I kept in the past.

I don't think many people have or can understand the route that I am taking this time in my journey.  Not even my friends who have struck outward to become 'independent studios' will be able to relate to what I am doing currently.

I feel more than ever that I am back where I started... Which for me has been the end goal ever since I got a corporate job making games.  I have never wanted to be removed from the hands on tasks of game development!  And that seems to be the only way up in corporate gaming.  I have always wanted to craft games!  It is what I was born to do.

It is my formula for making fun, that is what I am talking about.

I am having a BLAST making my game!  An absolute thrill ride as I complete section after section of code to make it work, see it working, porting it to one of many devices, seeing the look of surprise in my girlfriend's eyes while I then pace the room thinking up feature and idea for it over and over.  I can actually visualize how to make it happen, not just pie in the sky "wouldn't it be cool if" talk... Bursting with excitement.  As a child I dreamed of computers this powerful and languages this brilliant to do the things I am doing now.  It feels like I am once again that teenager, creating magic from my fingertips in the world that I have always dreamed of would one day exist.

This is the love for the craft I live for.  This is the journey I so happily adore to travel.  The game is already a personal success of creative fulfillment for me.  I will be sad to see it complete, yet so very proud.

If you feel like I am being one sighted and short changing you in my belief that you just can not relate, then please, by all means comment and tell me otherwise!

Earlier this month QuestLord was released to the Android Market on the 3rd, the Kindle Fire Market on the 6th and the iOS market on the 8th. Today the most important ratings, the customer ratings, stand as follows: iStore GooglePlay Market The Reviews Droid Life  - " fantastic example of how mobile games don’t need to be all about high frames per second and amazing graphics.  " Jay is Games  - " QuestLord is great. " Indie Retro News  - " What makes this game even more unique, is that the replay-ability is higher than what we usually expect with some Dungeon Crawlers " Gaming Trend  - " QuestLord – it’s charming, it was made with a certain presentation and gameplay style in mind, and it delivers. " Phandroid  - " QuestLord manages to provide players with enough depth to keep ‘em hooked, while simultaneously keeping it casual enough for newcomers of the genre " Pocket Gamer  - " For the aski
Read more