Progress has been coming along at a nice steady clip!  And here is one new way I show that progress.  There is this thing called Screenshot Saturdays, not sure who runs it but, whomever does is doing the indie community a HUGE favor.

I made it in time last week.  This week however it appears that I might have missed the deadline, I think the actual day for the Saturday might be on the Tower of London timetable.  So here is the shot that was uploaded at 10:30 Central time and I guess missed the deadline.

So the game is progressing right along and I hope to do my most thorough beta test yet at the end of this week.  Not too much longer before I send a candidate to Apple for release.  I want to thank everyone for the enthusiasm and support.  It really means a lot.  You can also go to the Forum on the game website and talk/chat about the game, ask questions etc.  Currently I am having a really bad problem with spamBots posting long messages about prescription pills, but I trim it daily and I am looking for better measures to prevent such action.  However it is way down the list of my huge tasks.  If anyone knows PHPbb and would like to admin the thing for me, by all means get a hold of me and be my guest.

Oh here is something.  I listen to a lot of Dungeons & Dorks rock when I work, obviously.  The more fantasy nerdball the better.  But this is not to say I don't believe I have equisite taste in music!  One of my favorite bands I have seen in about 7 cities ranging from San Antonio where they headlined to 5 to 6 people at the show, to New Orleans where they opened up for Metallica.  They have toured all over the world and have grown quite a following since I got their first demo and shirt way back in 2005.  The band is The Sword.  And they are almost done with their new album.  Well according to JD Cronise, they are done.  I guess just the mastering and album art production needs to go together to make it all complete, then the world gets another great album by a great band. 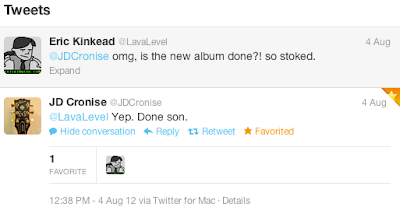 Also the previous post before this one really meant a lot to me.  But I took it out, it was just too personal the loss of my friend who worked here in Houston at N.A.S.A..  I know things like that can break the mood, but then again... This is my personal blog, I don't follow a company stance here so you will see things like that from time to time as life takes us all on such a bumpy ride.  It was hard to have such a great guy pass.  It was oddly timed with the arrival of N.A.S.A. on mars. 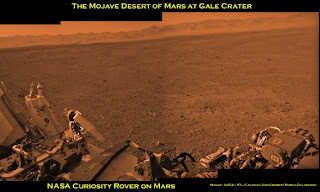 I am honored and proud to have him along for the ride with me on this blog of mine in spirit.

"Many that live deserve death. And some die that deserve life"
-J.R.R. Tolkien


Oh!  More on #screenshotsaturday can be found at the website.  Also this is super interesting... I stumbled upon what appears to be Notch's submission for a screenshotsaturday.  It looks like an early version of Minecraft, meets a Dungeon Crawler.  I know that Markus is a fan of Dungeon Master 2 from previous posts on another forum that had a thread about Legend of Grimrock.  So I found this super interesting to see what appears to be an attempt to create an fps style hybrid of the old dungeon crawler systems. It appears to have many more world pieces than QuestLord.    You can only take these first person 2D faux 3D engines so far before it is actually better just to build a full 3D or 3D Voxel system.  In my case, I am sticking to the more traditional method (Eye of The Beholder, Ultima III-IV dungeons, Lands of Lore)  for this particular game style I am currently making.   There is also a good article on #screenshotsaturday and all things indie and cool at owvideogames, including a nice bit about my work!  Apparently the ladies love me. ;)  oh, Here is that link to that early Notch prototype...

So that's it for this blog update. Keep an eye out this weekend for #screenshotsaturday if I can remember to post it before tea time ends!
God Save that Queen, Bloody Hell, and Bugger All Money! (Whatever all that means!)