Showing posts from 2012
Show all

First let me start by wishing all of you the best holiday with your friends, family or by yourself. QuestLord news: I missed Christmas release, and therefore I missed 2012 release. Too bad. But I don't care about the Christmas sales. If I cared anything about money I would be working in some studio making average run of the mil apps... Or any other game industry job where I would be making 50,000x the money and doing 1/10th the amount of work! (which on many late night weekends, believe me sounds really nice) And I definitely don't care about complaints that I am taking too long. Holy hangrenades, It's only been 5 months since I announced the game... Since when did the game industry turn into popcorn turn-around. Especially since it's going to be cheaper than a cup of coffee. Relax. Wait. For all the game reviewers out there who might be disapointed that they ran with a story for a game that missed the date a few times... uh.. don't know what to say abou
4 comments
Read more 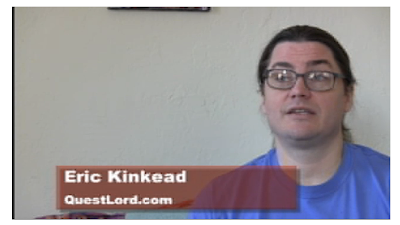 Once again I am addressing my blog with an apology for not blogging. :| I have a good excuse though, I have been working furiously to get QuestLord out the door. And things are looking very good, the game is right on the horizon. The light at the end of the tunnel has become so bright I have to wear sunglasses and I can now see the train station! Until then... Have you heard about this game called QuestLord? You might if you are in the Houston area... I was interviewed by My Fox Houston here in my headquarters!! Front Page! "Yay" Also note, when I say "we" as in "Right now we have about 120 maps" I am speaking of course of the entire QuestLord team. Amy, my lovely fiance who has put up with this entire ordeal of me making this game.(I couldn't have done it without her) And of course my cat of 16 years, Tiny Toons. Seeing yourself in an interview is so much different than doing a self made video. If I sound unenthusiastic I have to cha
Post a Comment
Read more

It has come to my attention that most of the viewers of my game are male.  I completely expected this.  From looking at the YouTube video it breaks down as such... Top demographics Male, 35-44 years Male, 25-34 years Male, 45-54 years Now unlike many of my other games I created for the Nintendo market, QuestLord doesn't really allow the player to specify if they want to be male or female.  In fact it completely skips that.  However there is nothing to say that your character you create IS female or male.  That is completely up to the player.    The only thing you see of your player are your arms, and unless you expect a female character to have pink painted finger nails, it is purely up to the player's imagination.  I rather like this idea as it allows for more of the blanks to be filled in by the player for what they want out of my fantasy game.   As for the story, I have always admired fantasy genres that have strong female characters and even females that really do not
2 comments
Read more 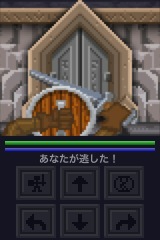 So.  Where were we?  Oh of course!    QUESTLORD! Progress has been coming along at a nice steady clip!  And here is one new way I show that progress.  There is this thing called Screenshot Saturdays, not sure who runs it but, whomever does is doing the indie community a HUGE favor. I made it in time last week.  This week however it appears that I might have missed the deadline, I think the actual day for the Saturday might be on the Tower of London timetable.  So here is the shot that was uploaded at 10:30 Central time and I guess missed the deadline. Here we see the player swinging his/her sword at the Gates of HammerStone.  Testing out the Japanese translation of 'You Missed!'  (iPhone) This screenshot actually made it in the previous weekend of  #screenshotsaturday, And you can see that Lady Telefin tells you something encouraging yet wise in French. (iPad) So the game is progressing right along and I hope to do my most thorough beta test yet at the end of t
Post a Comment
Read more 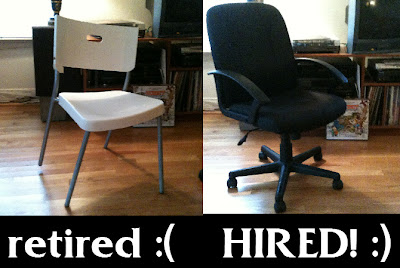 This weekend, with heavy heart, we bid farewell to ASS SLAYER THE SPINE DESTROYER .  He has served me well with his own unique style.  Although he was relentless and brutal and did things in his own way, he propped me up with an unforgiving amount of courage and economy. I welcome with open arms and depleting bank accounts,  FEATHER THRONE SOFT SEAT!   Hailing from the kingdom of Staples, this level 10 'Spellcaster of Sitting' is bringing her own show-floor-model brand of economy (somewhat) and experience (definitely, thank you Staples beta sit testers). In other news of the Realm, Last week was a Major Rager as far as success for the announcement of QuestLord.  I never expected to strike such a nerve with major App sites such as: TOUCH ARCADE:  (they open with IT LOOKS COOL!) http://toucharcade.com/2012/07/09/old-school-inspired-dungeon-crawler-questlord-looks-cool/ and POCKET GAMER:  (they open with my NAME!) http://www.pocketgamer.co.uk/r/Multiformat/Quest
Post a Comment
Read more 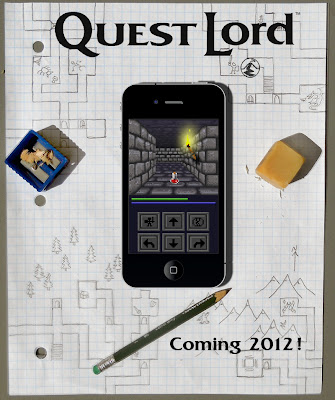 And so it begins.  My game is now in a state where I feel comfortable sharing it finally.  It's been a long ride, and there is a lot more to travel.  But I am more than pleased to announce the website, the screenshots, the video, the whole deal. I recommend full screen and or viewing this on my games main page.  But for the sake of just getting to it finally... Here is my game... I actually tested the waters with this video this weekend... It might be a little redundant, because if you are at this website then you know who I am. :)  But still you can see that my game does actually run on a device and all of this craziness is coming to a conclusion. please support, link, share and re-tweet.  Thanks. www.questlord.com
Post a Comment
Read more 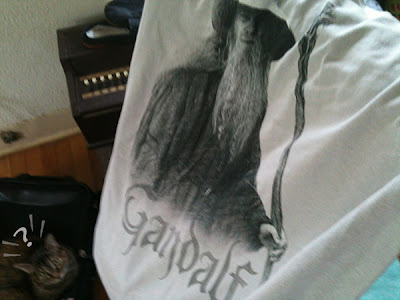 Take forever over here... I guess if I miss a month or two it's ok.  I want to post some substance rather than act like some genius game designer who feels the need to give a self validating blah-blah all the time.  But I am long over due for a check in so lets do this. Ok... As far as developing a mobile/iOS game by myself,  I knew it would not be easy...  I am not talking about developing some arcade clone 'me too', 'lets try to get in on some App money', hackity hack ...  I am talking about developing a game that ' I would want to play '.   Let's be honest.  Most people do not get to do that, especially people in the game business on a corporate level.  I have seen a lot of people I know all the sudden become enthusiast of some kind of sport, or subject matter that, well... was of no interest to them before they got that 'licensed game' to work on or before they had to get stuck on sequel number 7.  And I am guilty of that myself and will p
1 comment
Location: 600-618 Oja St, Tongass National Forest, Sitka, AK 99835, USA
Read more 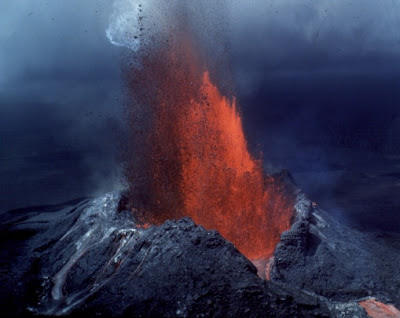 Things are erupting at Lava Level Time to announce the official site! www.lavalevel.com !  Company Website! clean, simple and to the point.  As more content comes in (Apps actually ready for purchase) I plan to make the website more fancy.  But not too fancy.  I look at this as more of an online business card. However I will link the facebook fanpage into it as well. Go LIKE it...   That gem of a link is here...  Nothing fancy.  No big roll out.  I've already rolled myself out big enough (haha), and this is more or less a business card of that work.  A lot of the promotional fluff I plan to build while I nervously await Apple approval for my app.  That takes a week or two. On a much more exciting note, last month I registered the name of my game as a .com and parked .net !    I am so stoked for that, and that page will host most of the information about my App I am creating.  including Links to the various stores/markets for your mobile device, game blurb, video of g
Post a Comment
Read more

Has it really been 2 1/2 months since my blog post? It appears I have a syndrome of convincing myself that my game is always two weeks out.  lol. SORRY!    I kept thinking it was last week.  Actually things are moving along swimmingly. I am happy to report that I have been working diligently on my game...except for the last two weeks.  I got in kind of a bind financially and had to join an art contract company called The Creative Group to make ends meet.  Well, that actually hasn't produced much work, which was fine by me. I was happy as a pickle to be working on my game full time and my game has actually benefited greatly from it! So....  They call me up out of the blue and give me a job.  And well, I had to take it.  For a few weeks.  It has actually been 2 weeks and 2 days.  And it has thrown my work off track like CRAZY!  The gig is contract, so it sucks that it is right in the middle of content creation, but the gig is almsost over (it will be done by next week then ba
2 comments
Read more
More posts